You are here: Home1 / The Museum2 / The former ESMA

In 1924, the City of Buenos Aires allocated 17 hectares to the Navy with a specific goal: to establish a school for petty officers of the Navy. The first construction, inaugurated in 1928, was the building known as Cuatro Columnas (Four Columns) located in the central pavilion. Two more central buildings were built in the 1930s and 1950s: the School of Naval Warfare and the Officers’ Club.

As the years went by, many other constructions were built on these grounds. There are a total of  35 buildings that gave the place a similar feel to that of a small city. The buildings had diverse uses: housing, a shooting range, auto repair and electrical shops, printing presses, laundry rooms, a swimming pool, an infirmary, a bakery, a cafeteria and kitchen, a library, a bar and a chapel.

The students of the Navy School of Mechanics (ESMA) entered the academy at the age of 15 as aspiring navy officers. They were able to major on 7 different specializations: sea, electricity, mechanics, artillery, communications, supplies and radar operation. 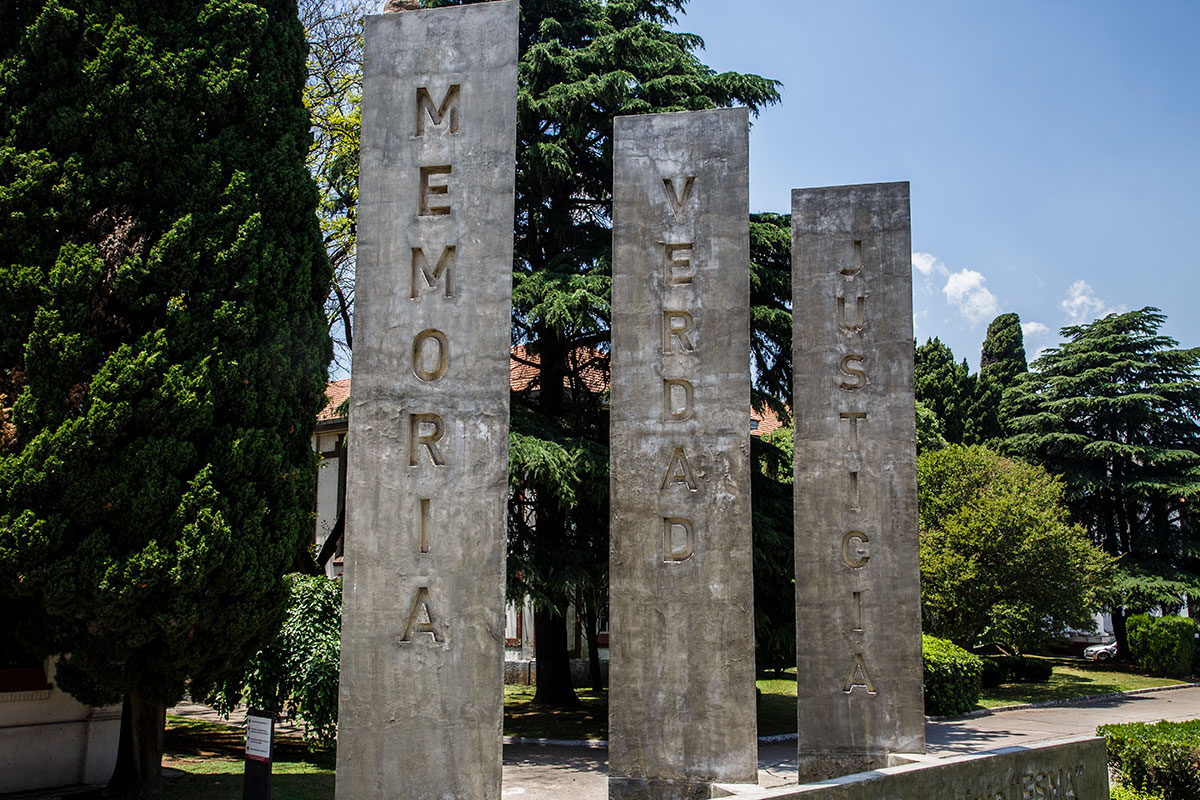 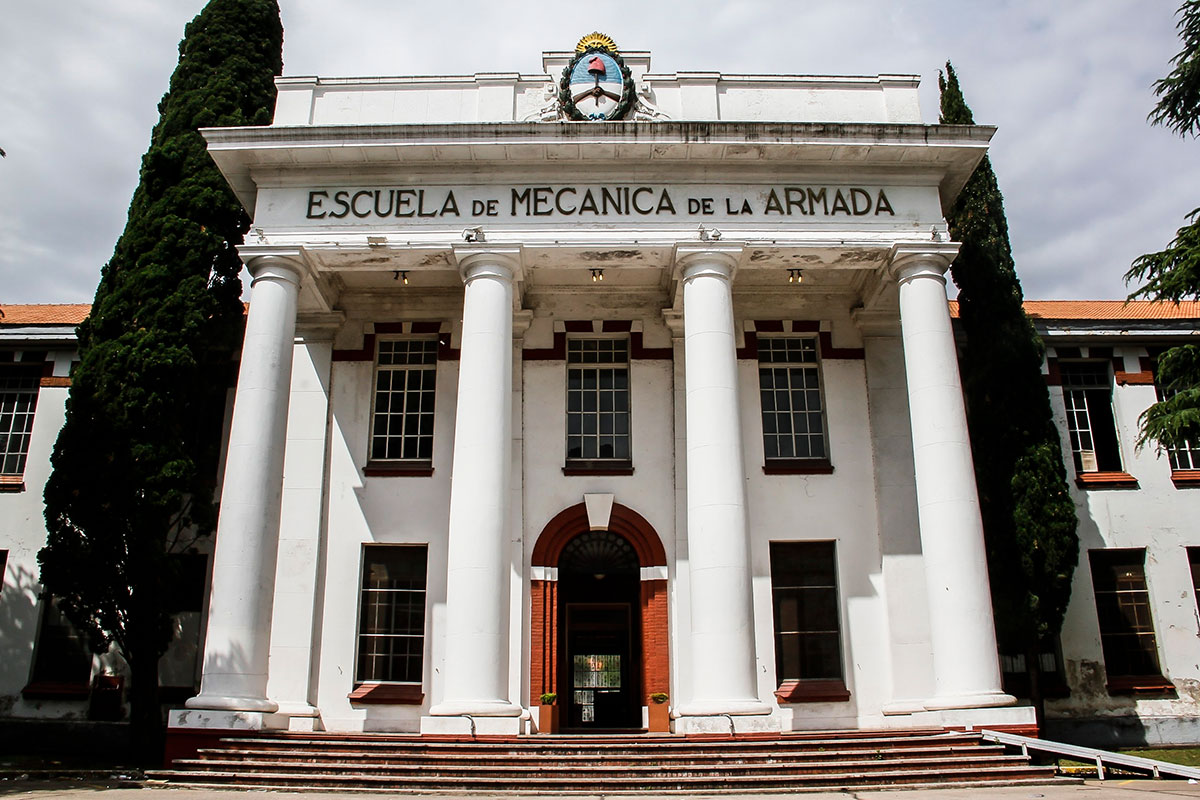 In 1976, ESMA started to function as a Clandestine Center of Detention, Torture and Extermination of aproximately 5,000 detained-disappeared people.

The Officers’ Club was the core of the military repression, but the whole place –including educational institutions– was at the service of illegal actions. Thus, the entire ESMA served two purposes, working as both a School and a Clandestine Center of Detention, Torture and Extermination.

When the military-dictatorship ended in 1983, the premises continued to function as a school for Navy petty-officers. In light of the crimes against humanity that were committed here, however, the Argentine public continued to wonder what was the best way to honor this space. Faced with the fact that the people responsible weren’t being prosecuted and the government was promoting impunity policies such as the demolition of ESMA to turn it into real estate property, several human rights organizations persisted in their attempts to preserve ESMA. In 1998, the families of the disappeared filed for an injunction in order to prevent its destruction.

Finally, on May 24, 2004, the State signed an agreement with the Government of the City of Buenos Aires that evicted the Navy from ESMA, and turned the premises into an Area for Memory and the Promotion and Defence of Human Rights.

Today, ESMA is run by a public consortium composed of representatives from the State, the Autonomous City of Buenos Aires, and several human rights organizations. Since its recovery, these three actors have committed themselves to a collaborative project for the Officers’ Club. In 2013, the work began for the preservation and creation of the museum, known today as the ESMA Museum and Site of Memory – Former Clandestine Center of Detention, Torture and Extermination (CCDTyE). 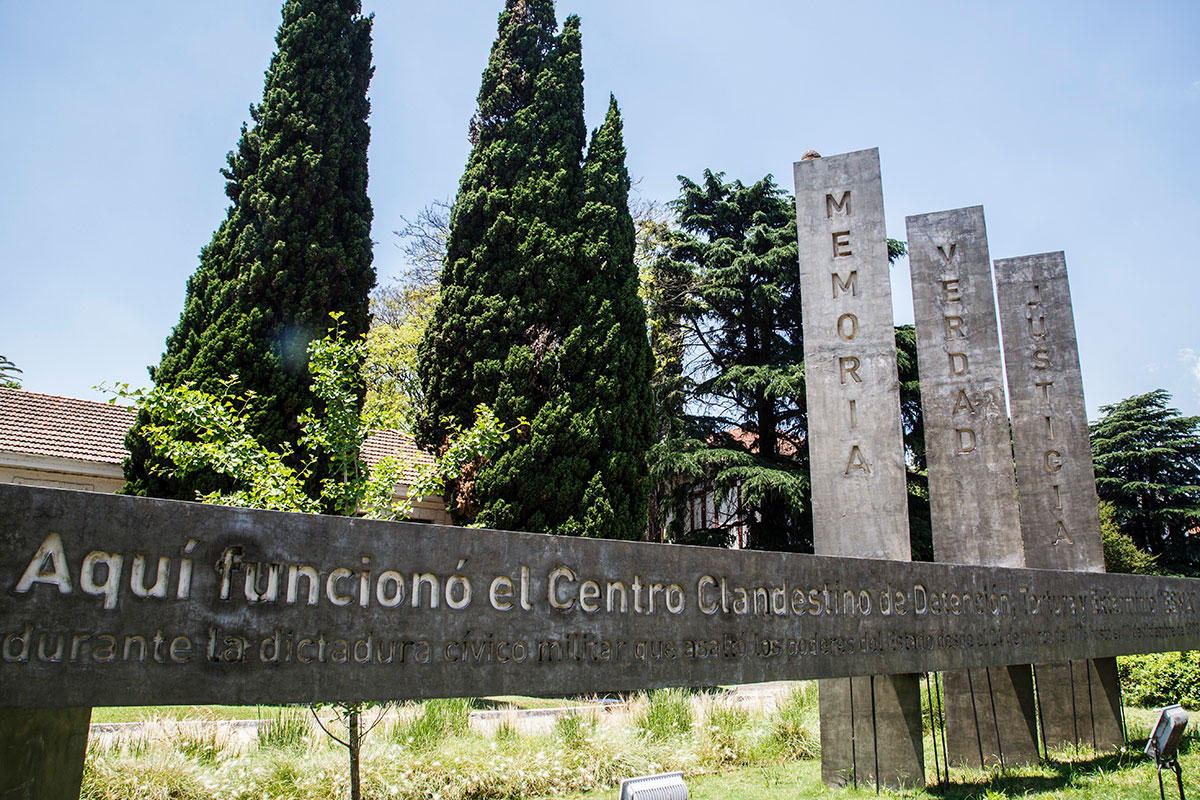